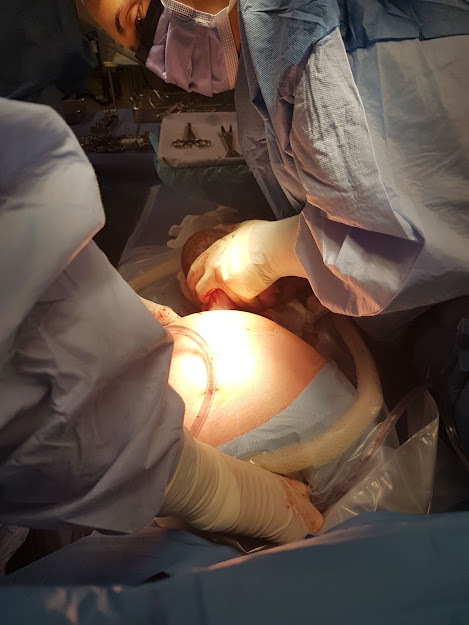 The start of my c-section birth  Motherly instincts sprouted at a mere 12 years old, when my mother, pale and sick, dropped her newborn into my arms and said, “Here, take him.” She would refuse to leave the house for 6 years following that date; part of it sickness and fear of The Outside World, and part of it punishing my father and not wanting to be seen with him. I loved the boy she handed me. We did everything together in his toddler years - anything fun and adventurous that could be done in the Middle of Nowhere. He didn't look like my Benjamin doll with the single blonde curl, but he was real, had brown hair, and the greenest, happiest eyes. If I had known he would never again be in my life, I might not have left. I might have held him tighter. I might have fought harder with the government to see that all members of my family were safe instead of focusing on my aversion to foster homes and my own predicament. Maybe a foster home would have been safer for him. I'll never
Post a Comment
Read More
More posts